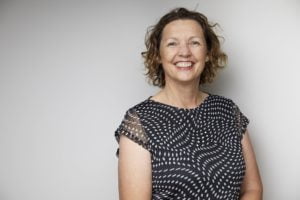 Julianne has a broad range of experience in agriculture initially with the Department of Agriculture as a Biosecurity Officer based on the south coast of WA and as a Farming Systems Officer where she was closely involved in district trials programmes as well as providing general advice to broadacre growers. She also worked in WA’s high rainfall south west region with beef grower groups and managing the state-wide Partners in Grain project. Julianne is currently facilitating the Grains Research and Development Corporations Regional Cropping Solutions Networks across the grain-belt in WA. She holds an Associate Diploma in Agriculture (Muresk); a Bachelor of Management (Farm Business); a Graduate Certificate in Regional Agricultural Development Planning; a Certificate 3 in Business (Frontline Management) and is currently completing an MBA (Griffith).

Working on her family’s farms in South Australia and Western Australia (broadacre cropping with wheat, barley, canola and oats; sheep; and beef cattle) has broadened her agricultural experiences. She has also managed broadacre properties in the WA wheatbelt; and worked on various properties throughout Australia. Julianne and her husband purchased farmland in WA’s southern coastal region growing wheat, barley, canola, sheep and beef cattle but have since downsized and now run a small property in WA’s southwest running beef cattle and prime lambs.