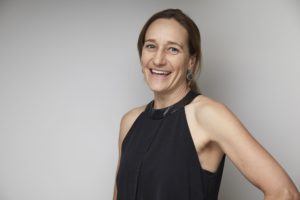 Emily grew up on her family’s property in the New England Tablelands area of NSW, where she was involved, as often as possible, with the superfine merino and cattle enterprises. At the completion of her school years in Armidale she spent two years working in Central Queensland for the AACo on their ‘Meteor Downs’ (stud & commercial cattle, cereal cropping) and ‘Goonoo Feedlot’ (cattle). Emily then attended the University of Sydney’s Orange Campus to obtain her Bachelor of Management – Rural Business Administration.

In 2000 she commenced employment in Sydney as Project Manager with the NSW Meat Industry Authority, which merged under the umbrella company, SafeFood NSW, during her employment.  Her previous work in the cattle feedlot industry attracted her to a job with the Australian Lot Feeders’ Association (ALFA) where she worked as Executive Officer for two years until she left the city to take up the position of Livestock Co-ordinator at Killara Feedlot, Quirindi NSW.

Marriage to a northern Queensland cattleman took her briefly to Charters Towers and then on to Waterloo Station in the Northern Territory, when her husband’s family purchased the cattle station in October 2004. Emily spent the following eleven years living and breathing station life, working in nearly all aspects of the everyday operation of the station, including cattle work, cooking, station maintenance and office work. In the latter years, she focused mainly on managing the busy office.

In late 2015 Emily and her three young children returned to live in NSW following a tragic helicopter accident on the station, which claimed the life of her husband. She enjoys being a ‘part-time’ cattle farmer on her farm, when time permits. Emily has travelled on business/agricultural study tours to China, Japan and South Korea and has also travelled to New Zealand, Egypt, Tanzania, Kenya, Fiji, Bali, Thailand, Chile, Argentina and Ireland.