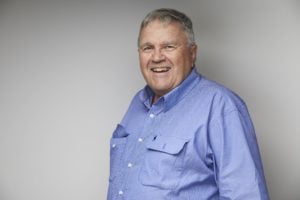 After graduating in 1973 with a Bachelor of Science degree in Wool and Pastoral Sciences from the University of New South Wales, Graeme was employed by the NSW Department of Agriculture conducting special projects and then in 1976 as the District Beef Cattle Officer in Albury.

In 1987 he accepted the appointment as the Chief Executive Officer of the Shorthorn Society of Australia and moved to Armidale NSW, a position held until 2003. In that time Graeme represented the beef industry on many committees and has made numerous presentations at conferences worldwide

In 1989, Graeme co-established ANF Agritours and has been a Director since its inception and then Managing Director of Quadrant Australia from 2006 until 2015 when there was a Board restructure and now holds the position of General Manager.

Graeme was the President of Agricultural Tour Operators International (ATOI) from 2011 to 2015 and is currently a Life Member of the Albury Wodonga Rugby Union Football Club and of the Shorthorn Society of Australia.