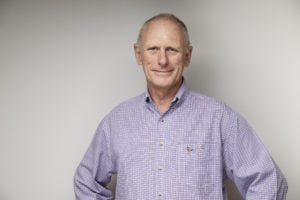 Scott grew up on a sheep property near Winton in Queensland and in Townsville. During a long army career he served in many parts of Australia as well as overseas. He left the Army to take up a position as General Manager of a Correctional Centre which, in addition to the normal range of activities, included a dairy and irrigated pasture. Scott completed an MBA while working both part and full time with AgTour before taking up management positions in the sugar industry, mining and government. He was appointed Chairman of the AgTour Board in April 2004 and continued in the role with Quadrant Australia when it was formed from AgTour and ANF Agritours. Scott retains a lifetime interest in agriculture and brings a wealth of experience in management, strategy and administration to Quadrant.